As an account executive at Protexure Insurance Agency, I have heard from many lawyers who have questions about how professional liability insurance operates. Oftentimes, their questions boil down to one common theme, a misunderstanding of the difference between claims made and occurrence policies.

For example, let's say you’ve maintained insurance coverage for 10 years. After 8 years you decided to increase your policy limits. Unfortunately in year 10, a client sues and you must file a claim to your insurance carrier. The event that occurred happened in year 7 of your insurance coverage. With a claims made policy, the claim is covered with the policy and limits you have currently in year 10 not the policy and limits that you had in year 7 when the event occured.

A claims-made policy is a popular option for when there is a delay between when events occur and when claimants file claims.

However, the policy only covers claims made while the policy is active. In other words, the insured must maintain continuous coverage in order to cover the claim.

An occurrence policy covers claims made for incidents sustained during the life of the insurance policy, even if the claim is filed after the policy has been canceled. It is designed to protect you against long-tail events – incidents that could cause damage years after they occur. The policy that will respond to the claim is the policy that was in place when the event occurred.

To illustraight how occurrence policies work, let's take another look at the example we shared previously. You have maintained insurance coverage for 10 years, in year 8 you decide to increase your limits. In year 10 a claim is filed for an event that occurred in year 7.

Under an occurrence policy, you will be covered with the insurance policy you had during year 7. Even though you have since increased your coverage, you will not get to experience those benefits because the event occurred before the changes were made.

The policy form for a claims made insurance policy is very similar to that of an occurrence policy. The main difference is the request for prior insurance coverage information.

With a claims made policy, a claim that is made against you is covered by the policy in place at the time the claim is made. Claims made policies require the insured to maintain continuous coverage, therefore, the insurer needs to know how long you have maintained coverage.

A policy form is filled out every year, regardless of whether you are switching carriers or not. While your current carrier may already know how long you have maintained coverage, if you are switching carriers, informing the new carrier of the date you began your coverage is very important. This date will tell the insurance carrier how many years of work they are covering.

The date you began your coverage is known as a prior acts date, it is established the day the very first claims-made policy is issued. This date will remain the same throughout your years of coverage as long as you maintain continuous coverage.

All subsequent renewal policy forms will use the same initial prior acts date. You are covered for claims that occur after this date. Claims occurring before the original prior acts date are not covered.

When you have an occurrence form, an incident that occurs during the policy period will be covered by that policy, regardless of how many years later the claim is reported.

Therefore, unlike claims made policies, the occurrence policy form will not request information about prior coverage.

Incidents that occur before the occurrence form policy is issued are not covered. You do not need to renew the insurance policy to maintain coverage for the year you were insured.

As mentioned in the section above, a prior acts date is an important part of claims made policies.

Coverage for prior acts is an insurance policy feature that covers claims made on insurable events that occurred prior to the current policy period but after the prior acts date.

Your prior acts date (also known as retroactive date) is the start date of the first claims-made policy you are actively renewing, also known as the inception date of your first policy.

You are insured for any covered incident as long as it occurs on or after your prior acts date.

That date remains the same and is not advanced as long as you renew your policy. For example, if you have a prior acts date of 2015 on your policy and it is now 2020, your policy covers you for the last five years.

Another characteristic unique to claims made policies is the process of step rating.

With a claims made policy, both the incident and the claim have to be filed during the coverage period, therefore the claims-made insurer has little risk of loss the first year a new policy is in force. In fact, they have reduced risk the first few years of coverage because the likelihood of an error occurring and a claim being filed all within a year or two, is very low.

Because of this, the first few years of premium for claims-made coverage is lower. Each year the policy continuously renews, the coverage period expands, and the insurance company’s exposure to loss increases.

For the first five years of an in-force claims-made policy, the premiums increase incrementally to reflect this increased risk.

Usually by the sixth year of claims-made coverage, the risk of loss levels off and the policy reaches maturity. Mature claims-made rates are typically very close to rates for occurrence coverage.

If you no longer need a professional liability insurance policy, whether the result of retirement or a career change, an extended reporting period is a must for claims made policies. In order to retain protection for the years insured under the claims-made policy after canceling a policy, the insured must purchase an extended reporting period (also known as tail coverage).

Depending on the insurance company, if you meet certain requirements, tail coverage may be offered for free upon retirement.  If the requirements have not been met, the claims-made policy may come with the option to purchase tail coverage for a specified period, such as 1, 3, or 5 years, or an unlimited amount of time. If you elect not to have tail coverage, you would not be covered for claims reported after the policy is terminated.

For occurrence policies, there is no need to purchase an extended reporting period or tail coverage because incidents that happened during the policy regardless of when the claim is reported to the carrier are covered.

For occurrence coverage, rates are based upon an insurance company's projections of claim costs in future years and all premiums for each policy period are known up-front at the time the policy is purchased. There are no additional costs incurred.

Why Professional Liability Policies are Claims Made

The majority of all legal malpractice insurance policies written today provide claims-made coverage. This pivot to claims made policies is one that is mutually beneficial to the insurance carrier and the insured.

One of the benefits of professional liability insurance being a claims-made policy is the cost savings. Claims made policies are often less expensive than occurrence policies.

Claims made carriers can typically predict the frequency and severity of claims that will be reported during the policy period. By doing so, they are able to more accurately assess what should be charged for a policy. Oftentimes this results in lower premiums for insureds.

Additionally, claims made policies are step-rated which also results in additional cost savings during the first few years of claims made coverage.

Along those same lines, with a claims-made policy you can move coverage from one carrier to another. If you find a better policy from another carrier, you have the ability to protect your past under the new policy and carrier. This is increasingly beneficial if the new carrier offers you a better policy for a lower price.

Professional liability insurance policies for lawyers are typically written on a claims made basis. While you might be able to find a policy or two written on an occurrence basis, it may not be the most beneficial to your firm.

While neither an occurrence policy or a claims made policy is inherently “better,” these policies do adhere to various insurance lines better than others. As a business owner, you will most likely handle many different types of insurance. Understanding the differences between the two types of policies will help you better understand how to protect your business. 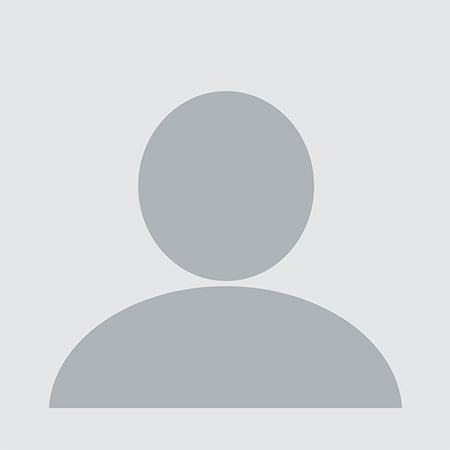 Jody joined the Protexure team as an Account Executive in 2017. Prior to joining Protexure, she focused on equipment breakdown insurance and inspection services for large commercial accounts. She also has experience in health insurance. Jody enjoys working with bare firms and helping them with their coverage needs. Jody graduated with a B.S. in Business Administration from Columbia College.